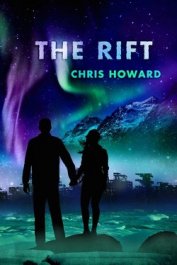 Banyan was once a tree builder, creating scrap-metal forests for rich clients in a barren burned-out world. Now he's traded his scaffolds for lookouts, his tools for guns. On a stolen boat, surrounded by a mutinous crew, Banyan has escaped from Promise Island with the last living trees on earth, and he's desperate to smuggle them to safety.But powerful enemies are in pursuit, seeking to claim the trees for themselves. To reach a safe haven, Banyan will need the help of the pirate girl he loves, Alpha, his broken friend, Crow, and his troubled sister, Zee. Only together can they cross the mysterious molten wasteland of THE RIFT. And when Banyan discovers a new threat to Alpha's life, he fears he'll lose not only the trees they sacrificed so much to find, but the girl who inspires him and gives him hope.
Читать О книге 17-year-old Banyan is a tree builder. Using scrap metal and salvaged junk, he creates forests for rich patrons who seek a reprieve from the desolate landscape. Although Banyan's never seen a real tree—they were destroyed more than a century ago—his father used to tell him stories about the Old World. But that was before his father was taken . . .Everything changes when Banyan meets a woman with a strange tattoo—a clue to the whereabouts of the last living trees on earth, and he sets off across a wasteland from which few return. Those who make it past the pirates and poachers can't escape the locusts—the locusts that now feed on human flesh.But Banyan isn't the only one looking for the trees, and he's running out of time. Unsure of whom to trust, he's forced to make an uneasy alliance with Alpha, an alluring, dangerous pirate with an agenda of her own. As they race towards a promised land that might only be a myth, Banyan makes shocking discoveries about his family, his past, and how far people will go to bring back the trees.In this dazzling debut, Howard presents a disturbing world with uncanny similarities to our own. Like the forests Banyan seeks to rebuild, this visionary novel is both beautiful and haunting—full of images that will take permanent root in your mind . . . and forever change the way you think about nature.
Читать О книге
×